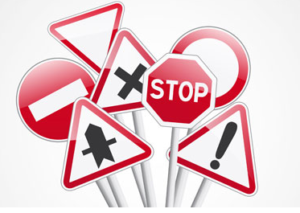 Road traffic offences vary significantly in their seriousness with offences such as speeding, driving under the influence, driving without proper lighting on the vehicle or even driving whilst disqualified having attached to them different penalties and differing levels of culpability. A breach of a less serious offence would not normally and should not result in the driver’s permission to drive being withdrawn.

However an offence which demonstrates a blatant and gross disregard for the safety of the public will generally be penalised by a disqualification. The level of disregard for public safety can sometimes be assessed after the event, that is, what were the results of the poor driving? If someone is injured, this is a factor that can be taken into account by a sentencing court. If however someone is killed due to a gross disregard for the road rules and for public safety, it is almost inevitable that disqualification will follow.

In April 2000 Michelle Thiele ignored a give way sign at a Mannum intersection, collided with another vehicle and killed the 69 year old driver.

In 2007 she drove through the same intersection, again ignored the road sign and, on this occasion collided with and killed a 51 year old motorcyclist.

On Tuesday that ban was reversed by the District Court ordering the Registrar to issue her with a new Learner’s Permit. It is hard to conceive of a single rational argument that would justify allowing Ms Thiele a third chance to prove that she is not a danger to the public when driving. If she is ever driving on a road that my family is travelling on, I hope she is driving a car that has a big flashing yellow light, a siren and is playing the Mr. Whippy tune.