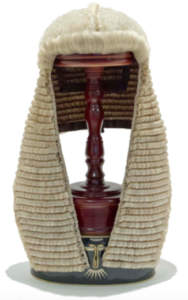 The following post first appeared in The Advertiser on 24 November, 2016.

The appointment of John Rau to the position of Senior Counsel is a mystery to those who are ignorant of the significant contribution he might have made to the bar, to the law and to the legal profession.

There is a rich history to the appointment of Senior Counsel, formerly known as Queen’s Counsel.

The first Queen’s Counsel (QC) was appointed in 1597 when Sir Francis Bacon was given the royal gong as the first counsel to the sovereign during the reign of Elizabeth 1. Unsurprisingly, the position of Queen’s Counsel, now generally referred to as Senior Counsel (SC) so as to remove the hallmarks of monarchy, is not granted to doctors.

It is not granted to plumbers, teachers, shopkeepers, gardeners, taxi drivers, football coaches or politicians.

It is granted to lawyers, predominantly advocates (or barristers) rather than solicitors and is a highly sought after and jealously guarded honour.

The reason for it being so prestigious is because it is given to relatively few lawyers. To become an SC an advocate has to demonstrate to their peers (in reality to other QCs or SCs) that they have reached and maintained consistent levels of excellence in advocacy, often over several decades.

Experience, even long experience alone, will not qualify a lawyer for elevation. It is the degree of excellence and its consistency over a long period of time that are the minimum requirements to achieve the status of SC. The title connotes a significant contribution to the Bar, to the law and to the legal profession.

As SC, a lawyer is at the pinnacle of his or her profession with unmatched levels of seniority. The position usually carries with it several formal privileges including the right to address the court with preference to any other counsel, sitting in the front row of the court in front of any junior counsel, the wearing of silk robes (thus the expression ‘taking silk’) and the right to charge far higher fees for their services than they could before their promotion.

Their work usually concentrates on cases that are factually complex and legally difficult which is why ability rather than years on the job is sought in any applicant. They serve as inspiration to younger advocates that if they consistently excel in cases of complexity then they too may aspire to silk.

Having not been in this jurisdiction until after Mr Rau entered Parliament in 2002, I too am puzzled at the judgment made that he has demonstrated an ability to consistently excel in cases of complexity and has demonstrated excellence in advocacy over a long period of time.

Some must know of the numerous cases that he has appeared in as counsel that demonstrate his exceptional expertise and I look forward to perusing that list if and when anyone publishes it.

But if he has not in fact “done the yards”, how can he possibly be considered as a legitimate appointment?

Surely it couldn’t be because of his achievements during his political career which might be seen as patchy at best and otherwise totally irrelevant.

Surely too we are entitled to ask the question that if the legal work Mr Rau did prior to him entering Parliament went so unnoticed and was insufficient for him to be considered an appropriate appointment to silk, how can what he has done since, sitting in Parliament, possibly have enhanced his case?

And is there not an issue of conflict here when his nomination is adjudicated upon by judges, some of whom were appointed by Mr Rau himself as the state’s Attorney-General?

And what too of the process of appointment? Mr Rau’s application missed the deadline. Why was it considered at all? Were any other late applicants given the same treatment?

This is an embarrassing episode for the legal profession in South Australia. It is totally devoid of transparency and is accompanied by many unanswered questions relating to fitness, propriety, process and trust.